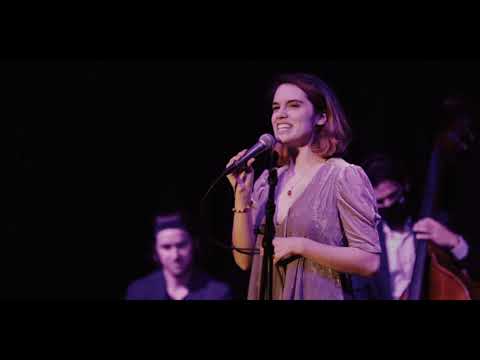 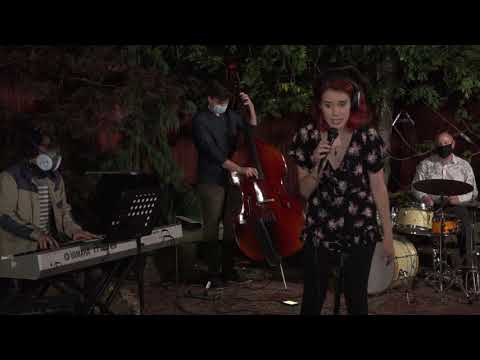 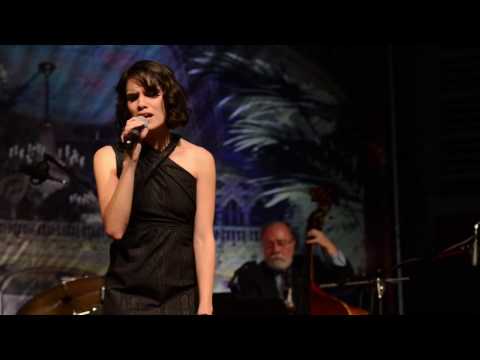 “She gives me hope for the future of jazz.” – Judy Carmichael, NPR

“Her voice is of another era. One of the only jazz songbirds in Indian Country.” – Revolutions per Minute

Julia Keefe (Nez Perce) is a nationally acclaimed Native American jazz vocalist, actor, activist, and educator currently based in New York City. Her professional career has spanned over 15 years and she has headlined marquee events at the Smithsonian Museum in Washington D.C., NMAI-NY, as well as opened for the likes of 20-time GRAMMY Award recipient Tony Bennett and 4-time GRAMMY Award winner Esperanza Spalding. Her life’s work is the revival and honoring of the legendary Coeur d’Alene jazz musician Mildred Bailey and is leading the campaign for Bailey’s induction into the Jazz Hall of Fame at Lincoln Center.

Julia grew up in Kamiah, ID on her tribe’s reservation before moving to Spokane, WA. It was in Spokane that she began studying music and competing at the Lionel Hampton Jazz Festival each year. In 2007, she won Outstanding Vocal Soloist in the alto division at the festival. She earned her bachelor’s in music from the University of Miami’s Frost School of Music in 2012, graduating with honors. She taught jazz voice at Gonzaga University and was a guest clinician at North Idaho College and Lionel Hampton Jazz Festival before deciding to relocate to New York City. She earned her master’s in music from Manhattan School of music in 2019, under the tutelage of Theo Bleckmann, Kate McGarry, Jo Lawry, Stefon Harris, and Phil Markowitz.

Julia also has a passion for Indigenous film and was a featured artist in Sterlin Harjo’s critically acclaimed documentary, Love and Fury. Her first feature film, Virginia Minnesota, was the closing feature at the Catalina Film Festival in 2018. She is the Executive Director of the Board for One Heart Native Arts and Film Festival, an annual non-profit festival in Spokane, showcasing the diversity and vitality of contemporary Native art in the Pacific Northwest and beyond.

Julia’s recent recording, Nobody Else But Me, was released to glowing reviews. In addition to rehearsing for an upcoming album, she is currently working on the Julia Keefe Indigenous Big Band, a new project highlighting the history and future of Indigenous people in jazz, and the Mildred Bailey Project will head into the recording studio fall 2022. Julia has performed with world-class musicians including Jim McNeely, John Beasley, Emmet Cohen, Billy Test, Dan Hearle, Andreas Oberg, Bob Bowman, Clipper Anderson, Jack Mouse, the Lionel Hampton Big Band, among many others.